What's on your mind?

This is the place to talk about your favorite topic, to share news, theories, ideas, and to connect with others. The content from your Forum has been converted to Discussions posts, so nothing has been lost.

To learn more about what you can do here, check out community.wikia.com/wiki/Help:Discussions

If you're an admin on this community, read more about how you can customize your Discussions and set up guidelines for contributors: community.wikia.com/wiki/Help:Admin_and_Moderator_Tools_in_Discussions

And so the development period of CV2.0 has come to a close! On Thanksgiving as well. I'd like to give thanks for you guys putting up with my topics, whether important or trivial. It's been a lot of fun and I can tell we'll have even more fun actually using and developing our new characters and world. Just remember:

This is Blu, signining out

Happy 100th topic! Get the most important business out of the way! Vote how death and revivng works in CV2.0! Don't vote for yourself, you can only vote for one slag

Maybe manipulating the Chaos Emeralds could be a thing? That's vague. But I do also suggest the obvious idea of a villain [or a hero] reanimating certain deceased characters? I figure that would be a nice touch

Revival of characters should only be done if the character wants or needs to come back, and I'd like to propose that it can be done in a few ways. Firstly, the Chaos Emeralds. As demonstrated in Sonic canon (but only once), the Chaos Emeralds can be used to revive the dead. I'd like to say doing this only works once per character however so it isn't asspulled to revive multiple times. Secondly, the character escapes, or is rescued from Avalon/Limbo/Hades. How this would work is up for debate but it would be incredibly difficult to pull off, the upside being it could be done multiple times. Thirdly, a healer could give some of their life force to bring the character back, but this would put tremendous strain on the healer, being dangerous to use, so it would not always work. I also agree with James on characters reanimating others but there would have to be downsides to it as well.

I'm with 3K on this. But i'd like to add something. In a major episode or a major event that is where some characters (users) have the optional of reviving his/her characters or not. And to keep it fair, it can only be one per event and for the event, it can be a once in a while thing. ===Votes===

Vote for the Origin story of CV2.0! You can only vote for one. Also you can't vote for yourself.

If celestially, 2.0's universe could have been created when the classic ol' good vs evil battle had come to a standstill or a compromise. If anyone wants to expand on this then feel free to just quote my comment and derive from it.

I believe the universe could have been born when a single being known as The Creator came into existence, over time adding multiple different things to the universe and making the first gods who in turn created everything else, making it what turns out to be by the present canon.

Im for the Good vs Evil battle. But it should end with the people of the Planet coming together and ending the war. Which could be something that can reccur in the episodes. ===Votes===

Welcome to CV2.0 standard set up 101 (get it, it's the 101st topic). Keeping track of CV1.0's plots and continuity was a mess and with such I'd like to introduce the new system: EPISODES AND EVENTS.

All important stories and plotlines will be turned into episodes which will be edited by me. There will be four types of episodes: TPs, Planned TPs, RPs and Planned RPs. TPs, of course take place in chat and can go anywhere. Planned TPs have the creator guiding the plot so that it doesn't get derailed. RPs are the same as TPs but a bit more thought out rather than the on the fly action of TPs that some people would less prefer. Planned RPs are specifically planned dialogue written by one or a few individuals. Events on the other hand are things that happen that, while not important enough to sustain a whole episode are relatively important to the overall narrative or are just plain fun. Here are some basic points:

Got any questions? Just submit them below. Don't forget to submit episodes too!

Also note that episodes don't have to be made in chronological order. For example you could skip work on episode 5 before 2 if you so please.

The Divine Children: (3K; RP) The revelation of the legacy and legends of the Celestial Plane and Spirits as well as their journey to defeat the Demented Spirits with today's mobians to help them.*

Use this as a guide to create a military force for the country of your choice!

Same as topic 64, vote or fuse the ideas for mortality?

A simple request for one character: the Lord of Games from Nuts and Bolts.

Apallo would like to pitch the idea of the Glitz Pit and Flipside/Flopside from Paper Mario: The Thousand Year Door being locations in CV2.0. The Glitz Pit would be a place where people could fight in tournaments and watch such sports as wrestling, boxing ETC. Flipside and Flopside would serve as alternate dimensions.

Since Chillverse 2.0 is most likely going to have gods I'd like to suggest the canon characters Mephiles the Dark, Iblis and the Ifrint are all excused from absence and also become gods. Mephiles being the originally ruler of the underworld (he was however upsurped by a better ruler after he abused his powers and revived the dead to attempt to take control of Mobius and upsurp the ruler of the other gods). Mephiles would of course be "The God of the Dark". Iblis would be the God of Fire and Ifrint would be his son. Iblis and Ifrint would be mobianized in their main form but would also be able to transform into their forms as seen in the actual games. The transformation "Solaris" would be redelegated to a culimanation of all the gods rather than just two, thus explaining Solaris' invincibility. The name would also be changed from Solaris to something more fitting for the fusion of all the gods instead of just a fire and darkness one. Solaris would instead be the last name of Iblis and Ifrint.

I'd like to propose a cap on dream tournaments. A person should only be allowed to compete in /one/ whether they're dead or alive, as to not make death just a minor hurdle.

Resurrection and death are SRS BIDNIZ (because some people didn't/don't know how to write it). You read the blog so you know what's up. Give it your best, good luck and for the love of God DON'T repeat 1.0.

The rules are here for greater convenience. Take a look if you don't know about something.

You read the blog so you should know what's up here. Have fun!

Archie has so many items! So many that if I listed them all it'd be a clutter. Not repeating previous mistakes from other topics, here's a list of all of the items featured in the Archie comics. You guys pick the ones you find interesting and in a week I'll set up the votes on this same topic. Have fun!

I would like permission on a crossover. Kirby. Items only. Well only one item for now. The Miracle Fruit. This special fruit allows people to enter their "Miracle" form, a form that enhances their primary ability/skill. A user will remain in their Miracle until they are knocked unconscious or a majority of the Miracle Fruit leaves their system.

The Grey Emerald is depicted as the seventh and final Chaos Emerald hidden away on Angel Island in Fleetway comics. I propose that in CV2.0 we start off with 6 of the emeralds until we reach the S3&K's adaption in which the seventh one will be revealed. What do you guys think?

Crossover stuff from Buddyfight. Pick what you want to see if anything at all

I Don't Want This Crossover 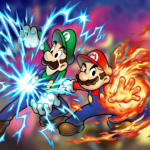 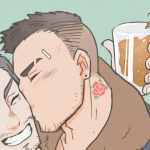 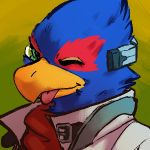 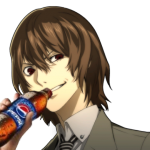 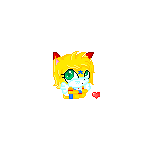